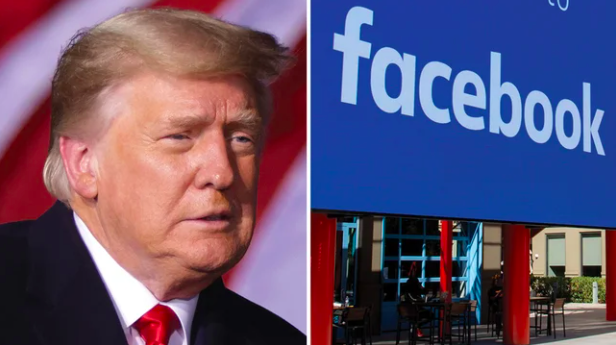 As the Facebook Oversight Board prepares to either reinstate or permanently banish former President Donald Trump from the social media platform later this month, their decision will impact more than the fate of a single voice. Countless individuals depend on the site to hold human rights abusers accountable and instigate justice for the oppressed in the court of public opinion. They are waiting to see if the board sets a new global precedent, at least in the court of public opinion, for who or what can determine how and when people can use their voice, if at all.

In today’s world, where social media often serves as the primary vehicle for how people communicate with one another, the board’s decision could have dangerous implications on the freedom of speech, expression and conscience worldwide.

In the social media universe, moderators and algorithm creators in Facebook and other platforms are already functioning as the sole arbiters of what constitutes acceptable speech.  They wield complete control over the largest networks of human communication and their judgments effectively determine what opinions or ideas are valid or noteworthy and which do not adhere to their arbitrary standards.

Many Facebook users live in societies where they are not free and the platform may be the first space where they have experienced the freedom to express themselves in a marketplace of ideas and robust public forums where truth claims are vetted, challenged, and accepted or rejected.

And this space is shrinking globally. We have seen it firsthand at Hardwired Global through our work in countries where freedom of conscience and expression are most at risk.

Harassment and other hostilities against people on the basis of their thought, conscience, belief or expression have been reported in more than 90 percent of countries. In some cases, governments explicitly and unashamedly restrict these freedoms in their laws and policies. Others misuse or impose what they call limitations to these rights in an effort to control or restrict diverse or opposing opinions and increase their control over the public.

Cyber censorship is the newest frontier for human rights violations, particularly on freedom of conscience and expression. Information is power and social media is integral to information sharing in the digital age. Now, more than ever before, the public can access and share information across boundaries and borders through mechanisms that were unimaginable to previous generations.

Facebook, Twitter and other social media platforms have become a lifeline for millions of people around the world whose voices were otherwise silenced by their own governments.

In Sudan, Hardwired-trained lawyers and advocates leveraged social media to advocate for the release of Mariam Ibrahim, a Christian woman sentenced to death for apostasy, in 2014. Years later, in 2019, activists documented the protests that would ultimately end the nearly 30-year reign of President Omar al Bashir, an indicted war criminal.

In India, lawyers, advocates and activists used social media to document police brutality against Muslims, a historically marginalized community in the country. More broadly, Indians took to Facebook and Twitter to broadcast their protest against inherently discriminatory citizenship laws.

In Myanmar, the world is witness to the military crackdown in large part through social media posts from activists and advocates on the front lines of the protest against the regime.

The marketplace of ideas has gone global and access to information has democratized, much to the dismay of governments and authorities that would rather not share that power with their publics. As a result, social media and the internet more broadly, have become the battleground between governments and their citizens.

In an effort to contain dissent or disagreement and maintain authority, governments apply censorship with a broad stroke, often justifying their actions by misusing the limitations of freedom of expression enshrined in international law.

The Government of Sudan regularly cuts off internet access to its citizens in an effort to contain and extinguish the protests that ousted Bashir.

In February of this year, India unveiled new internet regulations that force news and tech entities to comply with government surveillance and censorship efforts.

Badawi was charged for insulting Islam through electronic channels and sentenced to 10 year in prison and 1,000 lashes.

Myanmar’s military continues to shut down the internet in an effort to contain protests and regulate information coming out of the country.

In Hardwired’s work within diverse cultural contexts, expression and debate are essential for any meaningful dialogue about the deeply rooted bias, fears and misconceptions groups may have of one another. It is in this space that people can discern fact from fiction, determine what they believe and ultimately how they behave and who they become.

Protecting freedom of expression in this space provides the best chance for people to find and follow the truth according to their conscience. Any ban on “fringe” or opposing opinions will ultimately create a proverbial black market for these ideas elsewhere. Imposing limitations or restrictions on expression in the public cyber-square to avoid division or disagreement can encourage the very siloed thinking and association fueling tension across the country and more broadly, around the world.

History has proven time and again that controlling what people think and believe always ends badly for freedom loving people.

Tina Ramirez is the Virginia chair of Maggie’s List and was a candidate for Congress. She is the president of Hardwired Global, a human rights organization, and was the founding director of the bipartisan International Religious Freedom Caucus in Congress. Lena Abboud is director of Programs for Hardwired Global and oversees the organization’s legal and education training initiatives around the world.