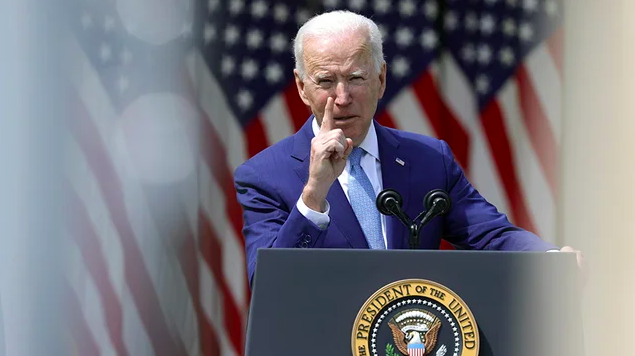 As a group of House Democrats pushed the presidential action on gun control, a group of House Democrats are pushing the Senate to vote on House-passed gun control bills. In either case, the result would be dangerous and make Americans more vulnerable. When the right to keep and bear arms is suppressed by a government, the doors to oppression and abuse are opened. I know, because I’ve seen it.

Hardwired, the global human rights organization I founded, fights against the oppression of religious communities of all faiths in countries around the world. Among these countries is Nigeria, where Fulani herdsmen have been waging a war against Christian farmers for the past decade, but in recent years it’s grown much worse. The Fulani herdsmen are attacking farmland throughout the region to force Christian farmers out of the area and take over their land. The attacks typically increase in the spring and are carried out with AK-47s and machetes.

In Nigeria, the law does not permit citizens to own firearms. As a result, the Christian farmers are sitting ducks. They have no recourse.

Not only will their government not protect them, their government is preventing them from protecting themselves. Herdsmen attack entire villages, burning churches, killing pastors and worshippers, kidnapping and forcibly converting young children and destroying homes, business and crops.

As a result, the conflict in Nigeria’s Middle belt states continues to worsen.

As Benjamin Franklin famously said, “Those who would give up essential liberty, to purchase a little temporary safety, deserve neither liberty nor safety.”

The situation in Nigeria is a perfect example of what happens when innocent civilians are unable to defend themselves. And why our founding fathers made a point to secure the right to bear arms second only to the freedom of speech and religion. Because you cannot have one without the other.

I have seen this happen elsewhere. When ISIS militants stormed into northern Iraq, within hours they decimated and took control of entire villages. The police fled and the people could not defend themselves. And as a result, hundreds of thousands of families were forcibly displaced overnight. Yezidi men were taken and shot to death, lining mass graves with their bodies. And then ISIS took the women to areas where they raped and tortured them, before selling them into sexual slavery.

This is what happens when people cannot defend themselves and their families, when their government fails to protect them, or worse — are complicit by suppressing their rights.

After ISIS moved into northern Iraq, I met a woman named Aida whose four year old daughter was taken from her at gunpoint. She was told she could leave the child or she would be shot. She cried and pleaded for help as she recounted the last moments with her daughter.

As a mother and person of faith, I can’t imagine living in Nigeria, Iraq, or any other country where I do not have the right to arm and protect myself and my family against horrors like this. I can’t imagine being forced to watch my child raped and tortured and have no way to defend her.

It’s so easy for those of us living in freedom to take for granted the simple freedoms we enjoy by virtue of living in this great nation. I am amazed at how easily we will give up our freedoms without understanding the consequences.

Condoleeza Rice has described herself as a “Second Amendment absolutist”. She explained that growing up in the late 50s and early 60s in Birmingham, Ala., her father and his friends would deter the Ku Klux Klan members that came into her neighborhood by firing their guns in the air. She astutely noted that had “Bull” Connor knew where the guns were, he surely would have rounded them up. Even in America, the Second Amendment has been crucial to the self-defense of those who have not always been protected by the government. It’s astonishing that we would consider taking this away.

Even leaving aside the long history of governments disarming their citizenry as a means of oppression, the right to defend ourselves against any existential threat is among the most basic rights, which is why our founders fought so hard to protect it. In my own life, I am the single mother of a young daughter. This means that all of the parental duties have fallen to me for all of my daughter’s life and this includes being her sole protector.

I pray that my daughter or I are never in a situation where we need to use a gun to protect ourselves from an attacker or my own government, but having seen the repercussions firsthand, I will always stand against any move to force us into defenselessness.

Tina Ramirez is the Virginia chair of Maggie’s List and was a candidate for Congress in Virginia’s 7th district. She is the president of Hardwired Global, a human rights organization and was the founding director of the bipartisan International Religious Freedom Caucus in Congress.