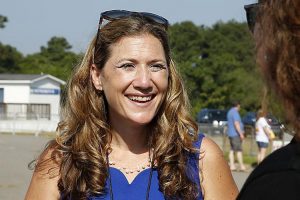 After Republican women set a record in Congress in the 2020 elections, the 2022 midterm elections are shaping up to deliver another “Year of Republican Women,” Republican operatives and candidates say.

“Eleven of the 15 seats that Republicans flipped from blue to red in 2020 were taken by women,” Tina Ramirez, Virginia chair of Maggie’s List and a candidate for state senate, told Fox News Digital.

“Since then, the policies of the Biden Administration and Democrat-controlled Congress have been disastrous, especially economically,” Ramirez added. “We saw just last year in Virginia Winsome Sears, who I nominated for Maggie’s List endorsement, become Lieutenant Governor and a huge swing in women voters to the right. With these conditions, I think it’s safe to say Republican women are due for another record setting year.”

“At Maggie’s List, we have endorsed over 50 terrific GOP women candidates for the Midterms with more still to come,” she said. “The women are all amazing leaders and I am thrilled to work to get them all elected.”

“We’re going to have another record setting year for Hispanic women joining the Republican Party because the radical left is out of touch with what concerns women most – the fact that a dollar can’t go as far as it used to two years ago,” Alexis Martinez Johnson, a Republican candidate for New Mexico’s 3rd Congressional District, told Fox News Digital.

“In New Mexico and across the nation, families are hurting, that’s why women are turning to the Republican Party,” Martinez Johnson added. “Our families cannot thrive under Joe Biden’s crippling inflation.”

“President Trump’s leadership inspired Americans of all walks of life to help take our country back,” Jennifer Carnahan, a candidate for Minnesota’s 1st Congressional District in a special election this year, told Fox News Digital. “Among those are many women who finally stood up and ran for office, myself included.”

“Now these women are quickly becoming the face of the Republican Party, and inspiring many, many more to run themselves,” Carnahan added. “Women are now leading the charge to take back the House, put a check on Joe Biden’s failing agenda, and save our nation.”

“I’m incredibly proud of the work we have done with Maggie’s List to get resolute conservative women elected across the country,” Wendy Gade, co-chair of the Virginia chapter, told Fox News Digital. “I believe victories by Republican women running for Congress will absolutely be the story of this election cycle.”