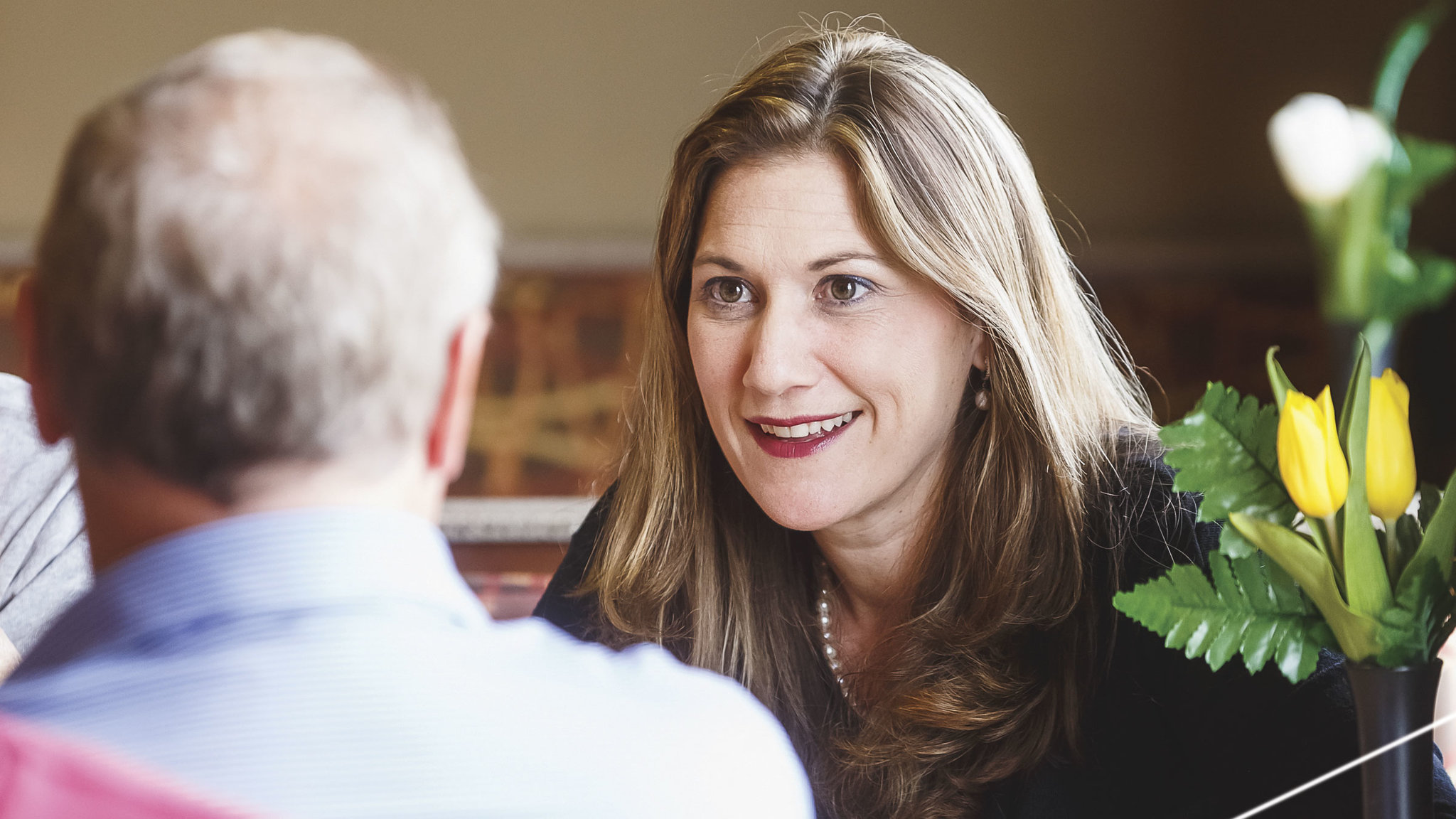 Female Republicans are stepping up to run earlier than last cycle

Stephanie Bice is a Republican from a deeply conservative state that’s only sent three women to Congress. But the election of a record-breaking number of female freshmen to the House in 2018, all but one of them Democrats, helped her decide to run for the chamber herself.

“It was a signal to all women that politics isn’t just … a man’s world,” said the Oklahoma state senator, who recently announced her candidacy for the 5th District. “It shows that women have as much of an ability to win these seats. We just need to field the candidates.”

Bice and dozens of other female Republicans have either announced their candidacies or are moving toward running — more than the number of GOP women who were similarly engaged at this point in 2017.

“[It’s] exponentially more than last cycle,” said New York Rep. Elise Stefanik, who was the first female head of recruitment at the House GOP campaign arm and helped recruit more than 100 women during the 2018 cycle. But most of them lost last year, and just 13 Republican women now serve in the House, compared to 89 Democrats.

“The biggest difference [this year] is candidates are getting in earlier,” said Rebecca Schuller, the executive director of Winning for Women, which helps elect female Republicans.

What’s exciting to Republicans who care about increasing diversity in Congress is that many of the women running this year are self-recruiting.

The reasons why vary from district to district, but what happened in 2018 is a big part of it.

Republicans are seeing more new faces because many of the old faces lost their seats in 2018.

Bice, for example, never would have run for Oklahoma’s 5th District before. It was already represented by a Republican. But Democrat Kendra Horn’s upset win last November now gives Bice an opening.

Of the net 40 seats Democrats gained in 2018, 31 of them backed President Donald Trump in 2016. That makes those districts ripe targets for Republicans.

About 25 Republican women are either already running or have been mentioned as serious candidates in open seats or as challengers to Democratic incumbents in 2020, according to numbers compiled by the Center for American Women and Politics. That’s up from about 14 at a similar point in 2017.

The National Republican Campaign Committee said it has engaged with about 135 women so far this year.

Not only have some of these women been inspired by seeing female Democrats run and win; they’re fired up that these new Democratic incumbents — whether it’s high-profile ones like New York Rep. Alexandria Ocasio-Cortez or the women representing their own districts — don’t reflect their political views.

“It comes down to two things: the birth of my daughter and last year losing my mother to pancreatic cancer,” said nonprofit CEO Suzette Martinez Valladares, who criticized Hill for voting for Nancy Pelosi to be speaker.

Bice said she doesn’t accept that her district, which includes Oklahoma City and surrounding communities, is one of those suburban areas that are becoming more liberal.

“This is still a very conservative area,” she said of the district, which Trump carried by 14 points against Hillary Clinton. Inside Elections rates the race a Toss-up.

Running for office didn’t come naturally to Bice. She only ran for state office in 2014 at the prodding of a retiring state senator and family friend. Now, as a fourth-generation Oklahoman and pro-business conservative, she calls herself “a perfect fit” for the 5th District.

Virginia’s Tina Ramirez worked in and around Congress for much of her career, advising members on religion and human rights issues and helping found a nonprofit and the bipartisan Congressional International Religious Freedom Caucus.

She didn’t see an opportunity to run for a seat herself until last November, when Democrat Abigail Spanberger unseated GOP Rep. Dave Brat in the 7th District.

“I knew my background and experience was unique,” she said, noting that national groups didn’t reach out to her until after she’d launched her campaign.

Normally at this point of the cycle, GOP women’s groups are eyeing districts where they might have a chance to recruit a female candidate — such as where a Republican man is retiring.

“I haven’t started recruiting yet,” said Julie Conway, the executive director of VIEW PAC, which supports GOP women. “Everybody that I’m currently talking to somehow was sent to me.”

What Conway is seeing from the Republican women who are raising their hands to run reinforces the conventional wisdom that men run to be someone and women run to solve problems.

“They’re not doing this because they ran for class president in kindergarten and this has been their trajectory,” Conway said. At the same time, it’s not as if they just woke up one morning and decided to run for Congress.

“Women don’t really do that,” Conway said. “They need to see evidence it works.”

The last few cycles, 2018 in particular, helped lay the groundwork for them.

The president was a drag on down-ballot Republicans in 2018.

Incumbents such as Barbara Comstock of Virginia, Mimi Walters of California and Mia Love of Utah all lost in places where Trump was unpopular.

So it’s counterintuitive that running in 2020 on the same ticket as a man who’s bragged about grabbing women’s genitals might actually be good for Republican women.

But Conway thinks it might be easier for women to distance themselves from Trump in 2020 since Republicans who don’t like the president can take their vote out on him directly instead of on congressional candidates.

The political implications of standing with Trump also depends on the district: In places where he is more popular, having his base turn out could also boost female GOP candidates.

While 2018 might have been a good year for women overall, it was bad for Republican women in the House, where their numbers dropped from 23 to 13.

But calling attention to that may have encouraged more GOP women to run.

“The fact that we rang the bell in a very public way and had colleagues be accountable to ringing that bell was a really important step,” said Stefanik, who stepped away from her NRCC role to play in primaries for women. The attention around the dearth of GOP women has also helped candidates get more media exposure this year.

But getting more women to run is only a first step. Primaries, especially in competitive seats, loom large, and have traditionally been where women candidacies ended.

That’s why Stefanik, Schuller and Conway are so excited that a woman made the runoff last week in the special primary election for an open, and strongly Republican, seat in North Carolina’s 3rd District. Pediatrician Joan Perry ran with backing from Winning for Women, Susan B. Anthony List and VIEW PAC.

The existence of these groups — and the fact that Winning for Women’s super PAC is now making six-figure independent expenditures — may also encourage more female Republicans to run because they see someone might have their back.

There’s another big reason Republican women are excited about Perry making it into the runoff in North Carolina: Electing a woman in a safe GOP seat is the best chance for the party to actually grow its numbers.

Conway’s biggest fear is that 2018 ushered in a cyclical pattern of women in competitive seats beating women from the other party.

“I would much rather take out random Democratic guys,” Conway said. “Because women work better with each other.”

Bridget Bowman contributed to this report.