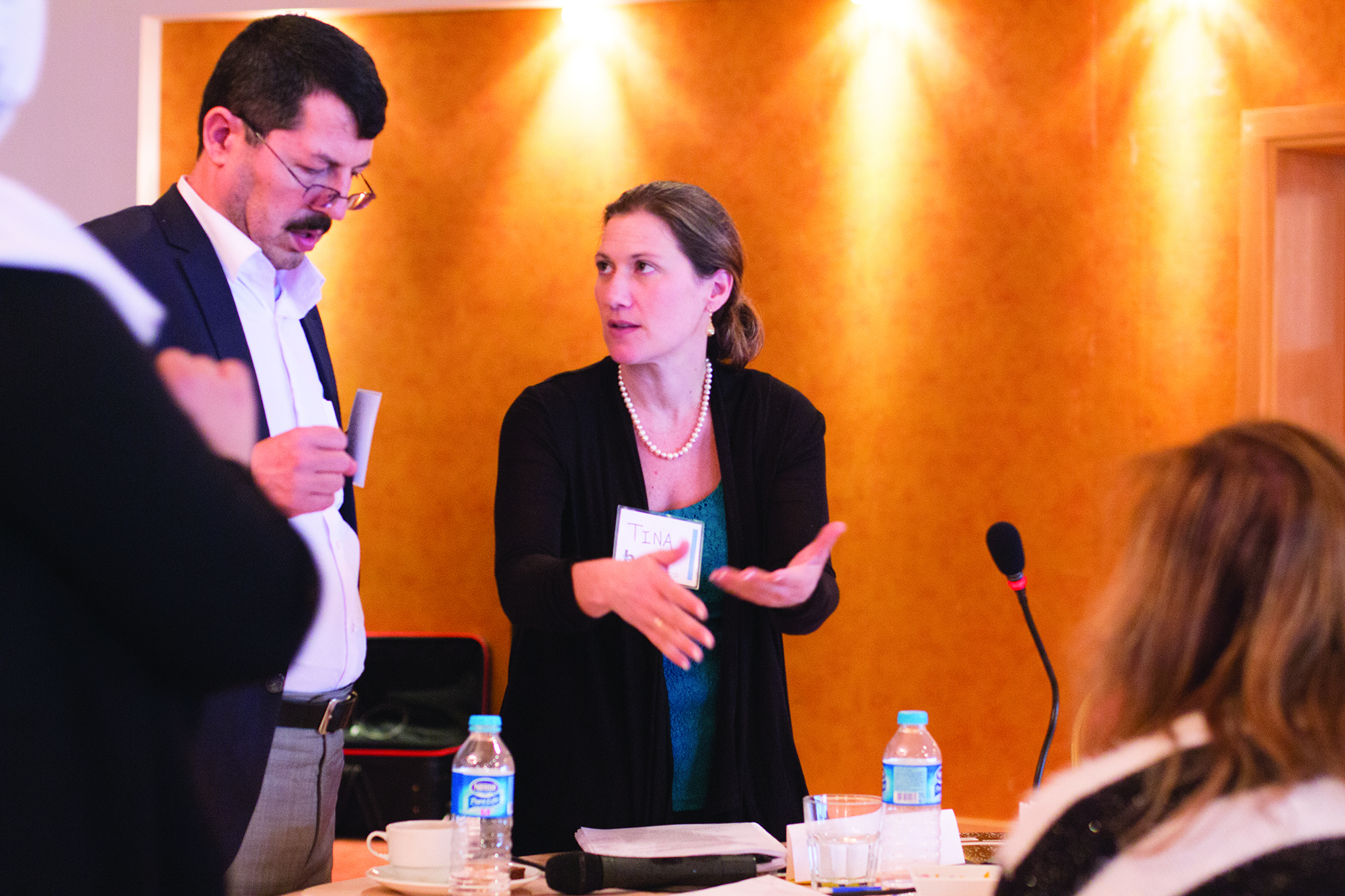 President Trump’s budget is out. As expected, it slashes the State Department and foreign aid dramatically.

Pundits are throwing fits over the proposed cuts. Certainly, there are areas like embassy security where more funding is needed.

But in most cases, Trump is right: It is time to do more with less.

In 2010, after my then-boss, Congressman Trent Franks (R-Arizona) proposed tying Egyptian aid to its respect for religious liberty, the Egyptian government invited me for a visit. During one meeting, Egyptian military leaders harangued congressional staff over looming cuts to “their” foreign assistance. After awhile, another congressional staffer reminded them that the aid was not theirs — that the money belonged to U.S. taxpayers and we must account for every cent.

For too long, Egyptian officials used U.S. aid to police their own people, which often included serious human rights abuses. Because all foreign aid we give is fungible, every dollar given to a foreign government frees up a different dollar for any purpose, with sometimes unintended and malicious results.

When we aid corrupt, inefficient, or even tyrannical governments, we aid all of their actions, even if indirectly.

In 2010, seven years of war had left Iraq’s minority religious groups devastated. Congress directed the State Department to set aside $10 million to help these persecuted groups. However, when I visited the programs to see how they were helping the persecuted groups, one official at the U.S. Consulate in Erbil told me that they did not know where the initial $10 million in funding went and wouldn’t try to pretend they did. This was a drop in the bucket of the millions of other dollars not properly accounted for.

I worked with leaders in Congress to investigate the misplaced funds. The resulting report found that $5 million (25 percent of all earmarked funds in one year) was spent to drill two water wells and provide basic humanitarian assistance to minorities in one village of a few hundred people that has since been displaced by ISIS. It is truly astounding to see how so much money had so little impact.

But agencies can operate more effectively with less. The U.S. Commission on International Religious Freedom, where I once worked, was pressured in 2011 by budget cuts to spend less or be dissolved. I worked with Senators Dick Durbin (D-Ill.) and Tom Coburn (R-Okla.) to trim back waste, and we slashed the budget by 25 percent. In the years that followed, the Commission did more work and had greater impact than ever before.

Some nonprofits like my own, Hardwired, have been able to achieve a lot with very little, both because they must and it is the right thing to do.

For example, Hardwired spent a quarter of a million dollars training 60 individuals in Iraq from every religious and ethnic community to defend religious freedom in their communities. We had specific metrics to show that these leaders not only were trained but could impact real change in respect for this human right following our training. We measured the level of media traffic about religious freedom, changes to laws and policies affecting minorities, levels of local violence, economic opportunities for minorities, and number of new educational programs, as well as the rate at which those we trained could replicate the training with others in their community.

So the U.S. government can and should do more with less. Three simple steps can revolutionize our foreign aid’s efficiency and effectiveness.

First, we need a government-wide strategy and a plan to identify and tackle challenges based on our national interests and values, especially religious freedom and the natural rights of all individuals.

Next, we need to define success and develop clear metrics to measure desirable and sustainable outcomes. Our generosity is not an unlimited resource. We should act like venture funds, not welfare payments, investing in promising and innovative approaches early but not permanently underwriting them.

Finally, we need to hold programs and people accountable — ending or revamping failed efforts immediately. Successful ones should be replicated and scaled while applying continuous improvement processes.

Developing policies that are consistent across agencies will help reduce waste, create sustainable outcomes, and reduce the need for foreign interventions. The Department of Defense must work with the State Department to measure the cost of investing in programs that address the root causes of humanitarian and security crises as well as addressing their aftermath. As history teaches us, it always costs much more to put out infernos than to snuff out the spark.

There are already models inside government that follow this process.

The most notable is the Millennium Challenge Corporation (MCC), an institution established in 2004 by a bipartisan coalition of lawmakers that uses metrics and impact evaluation to measure both the effectiveness and efficiency of foreign aid funds. Remarkably, the MCC aims for “sustainable investment.” meaning the projects are meant to be self-sustaining after five years.

It targets priorities that will yield the most while costing the least – thereby doing the most good by the most people. While far from perfect, the tiny budget of the MCC pales in comparison to other foreign assistance programs and actually terminates failing projects, saving taxpayers further waste and abuse.

Another promising model is to use the public-private partnership funding approach called “Pay for Success” or “Social Impact Bonds.” This funding system partners nonprofit service providers with government needs and private capital. The government identifies the outcomes and metrics for success and signs a contract with the service provider to pay the initial investor if and when the program meets its goals.

This accountability system turns government-financed model on its head. Taxpayers never owe a dime until the government’s goals are met. Private capital takes the risk and reaps the rewards, while service providers receive the funds to execute the plan. Though in its infancy, the model punishes failure swiftly and failed efforts have been shut down when they failed to achieve agreed upon outcomes.

Hardwired’s own work has proven what is possible with limited funds and a clear strategy with measurable outcomes. This model could be replicated across agencies.