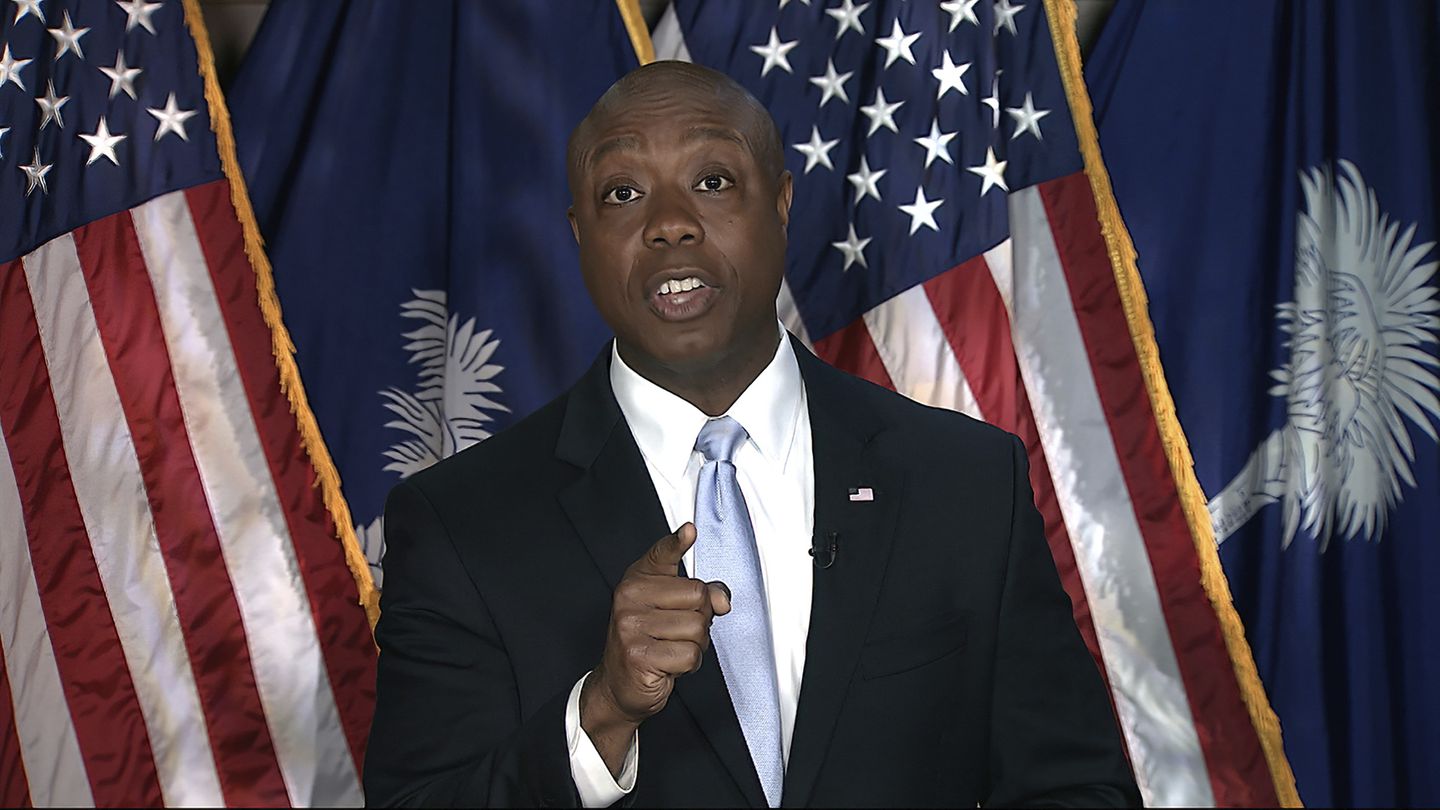 Last week, Senator Tim Scott (R-S.C.) delivered an impassioned rebuttal to the President’s first address to a joint session of Congress. Scott centered his remarks on themes of coming together and finding common sense solutions to the problems Americans face. In response, Scott was attacked on social media by leftists, causing an ugly racial slur, “Uncle Tim,” to trend on Twitter for hours. This is, unfortunately, not surprising anymore, as the radical left has made it abundantly clear that, as far as they are concerned, nothing short of full compliance to their ideological standards is expected from those that belong to the demographics that they inexplicably believe owe fealty to the Democratic Party.

As Scott said in response to the trending slur, “you cannot step out of your lane according to the liberal elite left.” Biden made this clear during his campaign, when he said on a radio show that if you don’t support him and the Democratic Party, “you ain’t black.” This attitude has been present for years and is not limited to politicians. It is present in even the most innocuous instances, such as when Chance the Rapper posted “Black people don’t have to be Democrats” and was met with the same kind of hateful response that Scott is currently experiencing. It is clear that leftists expect entire cultures, such as Black Americans, to exist as monoliths and to reject intellectual diversity in lieu of strict adherence to leftist ideology. This is a racist mentality and is simply un-American.

Disagreement and productive (if contentious) discourse are essential to progress and invaluable to the American character, but the derisive posts and vitriolic comments directed towards Scott had nothing to do with his rebuttal itself, nor did they factor in the quality of the senator as a person. To his opponents, it did not matter that in his remarks he was urging unity and optimism across partisan lines. It did not matter that in the wake of George Floyd’s death he introduced a police reform bill that would have funded body cameras, made lynching a federal crime and addressed use of force and de-escalation practices in police interactions. It did not matter that he is one of three black U.S. Senators in America. No, what leftists focused on was neither the strength of his arguments nor the unassailable content of his character: what they focused on was the color of his skin.

As a single mother to a young daughter, I do not teach my daughter what to think, but rather how to think critically. I am working to raise an independent thinker who arrives at her political beliefs by testing them against the rigors of analysis and logic. That I am Hispanic and Caucasian, and that her father is African are of course important aspects of what makes her who she is. But I will never let her feel confined to a predetermined set of beliefs based on her race. It is appalling and astonishing to me that anyone would presume to be the arbiter on what my daughter is allowed to believe for any reason at all, but especially based on superficial factors that are entirely outside of her control.

At its core, this is more of the same judgement of people based on identity politics metrics that has been the modus operandi of the far left in recent years. As I wrote about recently, we are seeing this in our schools with the dangerous critical race theory that is becoming pervasive in our schools and which is rooted in Marxism and teaches our children to categorize everyone as “oppressed” or as an “oppressor” dependent upon external features. This racist indoctrination is literally teaching people to judge those around us as being morally superior or inferior based on the color of their skin.

But more broadly, we are witnessing an attack on intellectual diversity as a whole. The heinous and racist language directed at Scott was an attempt to silence dissent and to reject open and thoughtful discourse. And of course, we have seen much of this from the far left in recent years as well. We see it in the cancel culture, such as in the case of the recent firing of actress Gina Carano, which came about after she posted about being hated for her political beliefs. We see it in the Big Tech companies censoring conservative voices.

As the founder of a non-profit organization that defends human rights in oppressive regimes around the world, this type of silencing and suppression of intellectual diversity is what I’ve fought against my entire career. Our nation is built upon the premise that we are all created equal and all have inherent rights by virtue of our humanity, not our race or political ideology. And we fought to make these values universally accepted as human rights after witnessing the Stalin purges and horrors of the Holocaust. That is why we must come together again as Americans and reject the attempts to divide us.

Tina Ramirez is the Virginia chair of Maggie’s List and was a candidate for Congress. She is the president of Hardwired Global, a human rights organization, and was the founding director of the bipartisan International Religious Freedom Caucus in Congress.