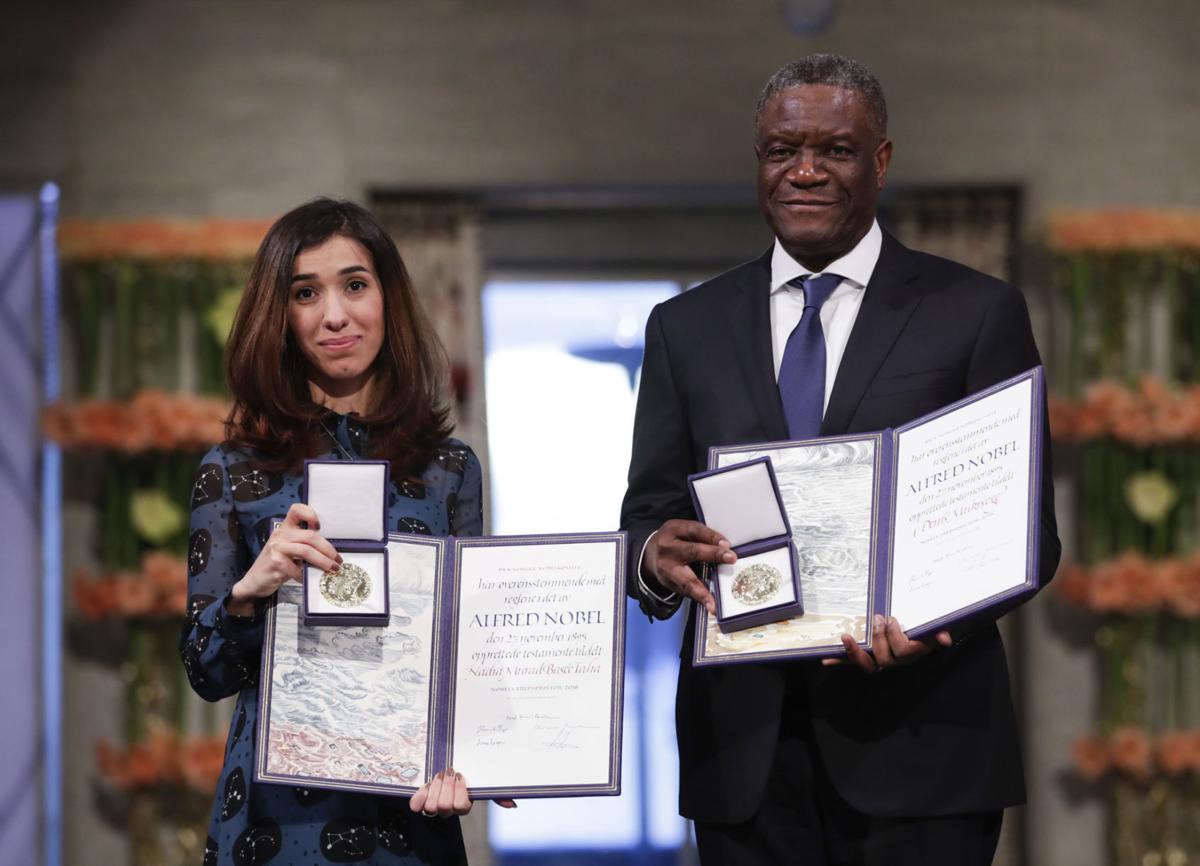 On Monday, Nadia Murad and Dr. Denis Mukwege received the 2018 Nobel Peace Prize for their “efforts to end the use of sexual violence as a weapon of war.” The day also marked the 70th anniversary of the adoption of the Universal Declaration of Human Rights, and was a stark reminder of the war of religious intolerance on women worldwide.

Murad is one of nearly 6,000 young Yezidi women who were sexually enslaved by the Islamic State of Iraq and Syria (ISIS). She is also a survivor. And her courageous fight is not only about the freedom of those girls — nearly 1,500 have yet to be found — and their recovery; it is also about her right to be a Yezidi.

Around the world, women and young girls are fighting for their lives against religious intolerance.

In a world where religious intolerance, hate, and extremism are allowed to fester, women and children will always be at risk.

Following her release, Murad became an outspoken advocate for the Yezidi community, a religious minority that has faced brutal violence and systemic genocide at the hands of ISIS and other extremist groups.

The Islamic State also targeted other groups, including Christians, Shia Muslims, and Sunni Muslims who did not adhere to their radical ideology.

Murad’s brave public testimony about her enslavement made it personal for all who heard her story — and we were compelled to act.

I visited Iraq just after the genocide began. My Yezidi friends handed me their cellphones when the girls who had been captured called, screaming for help.

While it was in a different language, their cries for someone to rescue them were unmistakable.

I knew we had to do something.

Following the Islamic State’s attacks in 2014, my organization, Hardwired, brought another young survivor to the U.S. to testify before Congress about her ordeal.

She claimed she had been held by an American fighting with ISIS. And we launched an educational campaign to help these young women who we called Brave Ones.

It was the first time they had ever been taught that they had rights. The ISIS militants had only told them they were infidels, devil worshipers, and deserved to be treated as slaves.

Then, Hardwired worked with dozens of leaders from affected communities to support reconciliation efforts and promote greater respect for the rights of religious minorities across Iraq.

For the first time, leaders of diverse faiths learned how to seek religious freedom for themselves and for one another. They were united in their mission.

One of the leaders we trained is a judge who is now in charge of sentencing the militants responsible for committing these heinous atrocities. The judge has stood behind his commitment to bring Murad and many others justice.

On his phone, he carries an image of his 17-year-old brother who was unable to escape being beheaded by ISIS. “If I do not stand up for religious freedom and justice, this is the reality that awaits every person in Iraq.”

Justice is important, but the judge has shared that without religious freedom, Iraq will never change. “Never again” will happen again. And he is right.

Nadia Murad will tell you that this is the 73rd genocide against her people.

But religious freedom is not just the hope for women and children and people of every faith in Iraq — it is the hope of the world for people to be able to live in peace.

When Hardwired began to teach about religious freedom to children in Iraq who had escaped the genocide, every one of them changed their view of women.

They were not just willing to defend people of different beliefs, they recognized the inherent human dignity and equality of one another, and women and girls were more respected.

Teachers who witnessed their students playing games beheading other children are now learning how to overcome the things they have seen and heard ISIS do, and learning how to defend one another.

Who knows, maybe the next Nobel Peace Prize recipients will include one of those children, who, instead of growing up to hate and kill, will grow up to defend women and people of other faiths and prevent the next genocide from happening.

To end the war of religious intolerance on women, we need more brave ones like these to help people of all beliefs live in peace with one another worldwide.