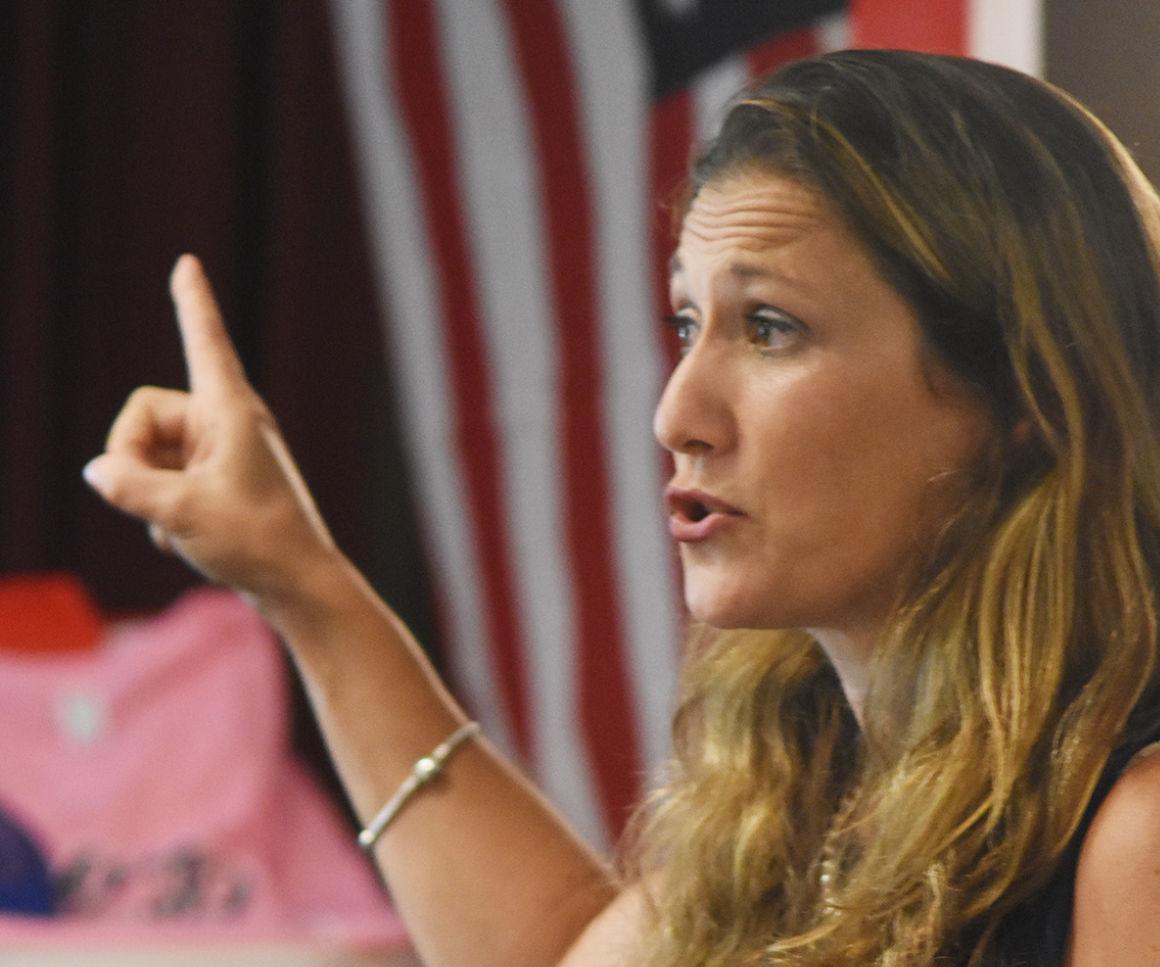 In a campaign swing through Culpeper, Tina Ramirez gave Republicans a taste of what’s to come as she aims to oust first-term Democrat Abigail Spanberger from her 7th District seat in the U.S. House of Representatives.

The Hispanic single mom told the Culpeper County Republican Committee on Saturday that she wants to bring her lifelong passion for service and devotion to conservative values to Washington.

The Midlothian resident said she got fed up several months ago with what she was hearing from the nation’s capital and decided to seek the GOP nomination. She is challenging the Henrico Democrat, who ousted Rep. Dave Brat by stressing her national security background, independence and civility.

“The reality is that we’re sitting with a woman in Congress who does not represent us. And she is not giving you a voice,” Ramirez told the Culpeper Republicans.

Spanberger promised she would be an “independent voice,” but hasn’t measured up to that promise, Ramirez said.

The Republican’s campaign literature says she would defend conservative values in Congress, protect the sanctity of all human life, reform immigration and secure the southern border, make health care affordable for average families, and cut federal regulations for businesses.

“Tina is a mother and a Christian first, not a politician,” her brochure states.

Ramirez said she draws inspiration from her parents, who are second-generation descendants of Mexican and Czech immigrants. Her father founded a medical business near Richmond and her mother, one of eight children, managed a midwifery practice.

They instilled their values in her, she said.

“What makes America great is that dream of individual rights and faith,” Ramirez said.

She founded and is president of Hardwired, a Richmond nonprofit group that trains leaders globally in principles of religious freedom. Previously, Ramirez served as staff director of the House International Religious Freedom Caucus and is a former board member of The First Freedom Center in Richmond, a nonprofit that educates people about freedom of religion and conscience as proclaimed in Thomas Jefferson’s Virginia Statute for Religious Freedom.

She said she has worked in more than 30 countries, including Iraq, Sudan, Niger and Burma, to spread concepts of religious freedom for all faiths. Ramirez is an editor and contributing author of “Human Rights in the United States: A Dictionary and Documents.”

“I want people abroad to be able to live with the liberty that we so easily take for granted here,” she said.

Ramirez said she worked on the Hobby Lobby case as it came before the U.S. Supreme Court, assisted the The Becket Fund for Religious Liberty, worked for conservative members of Congress, and served as staff director of the House International Religious Freedom Caucus.

But now, she said she wants to serve Central Virginians.

“My sole purpose in being here is to serve the people of the 7th District whose voices are not heard and constituents, like myself, who do not feel represented by people like Abigail Spanberger, AOC, Nancy Pelosi and all the other Democrats that are moving us toward being a socialist country, that are are ripping away the freedom that I’ve been fighting for, in other countries, my entire life.”

Ramirez, 40, is the first candidate to seek the GOP nomination in Virginia’s 7th Congressional District. It is her first bid for elective office.

Ramirez represents the kind of candidate that GOP leaders have said they need more of to halt the party’s losses in the suburbs: A highly educated Hispanic woman, and a mother.