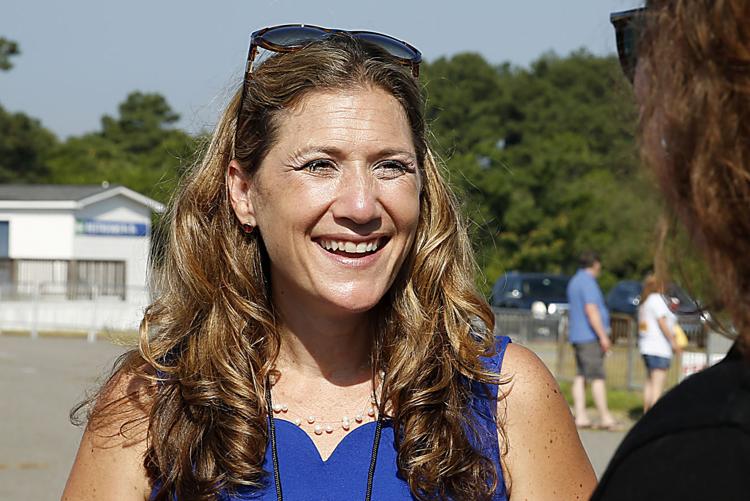 Tina Ramirez is turning her aim from the 7th Congressional District to the new 12th state Senate District in Chesterfield County, where she faces a likely primary battle with another conservative Republican who had an eye on Congress, Sen. Amanda Chase.

Ramirez announced Wednesday that she will drop her bid to challenge Rep. Abigail Spanberger, D-7th, in the dramatically reconfigured congressional district and seek the Republican nomination next year in the new 12th Senate district, which is almost entirely western Chesterfield, with a small slice of Colonial Heights.

“The 12th Senate District is a wholly new district, which is exciting because we need new voices and fresh ideas,” she said. “This is what I bring to the conservative movement. We don’t need the same career politicians who relentlessly spew the same tired talking points, but accomplish nothing.”

“The formation of new lines also highlights a truth that is too often forgotten: this seat belongs to the people, not to any candidate,” she added. “The people will decide who is the best person to represent their conservative values.”

The Senate redistricting map that the Virginia Supreme Court approved recently has upended political calculations throughout Virginia, moving the 7th Congressional District from being anchored in the Richmond suburbs to Prince William County, the Fredericksburg area and part of the rural Piedmont.
As a result, both Chase and now Ramirez have dropped their bids to unseat Spanberger, who lives in western Henrico but now plans to run for a third term in the new district.

The political landscape also has changed dramatically for Senate and House districts in the General Assembly. The 12th Senate District currently is represented by Sen. Siobhan Dunnavant, R-Henrico, but her home has been shifted into the new 16th Senate District, including western Henrico and part of Richmond.

The new map also shifted Sen. Ghazala Hashmi, D-Chesterfield, from the current 10th Senate District – encompassing parts of Chesterfield, Richmond and Powhatan counties – into the 12th, but Hashmi announced this week that she will run in the new 15th District to represent eastern Chesterfield, including Chester, and part of South Richmond.

Ramirez, a Chesterfield businesswoman and founder of a nonprofit foundation to promote religious freedom, is bringing a hefty campaign fund for the congressional campaign to her Senate bid, with almost $343,000 raised through Sept. 30.

Her focus remains on conservative values and issues that are much like those of Chase, a two-term senator who has courted controversy as a self-styled “Trump in heels” on the GOP’s right wing.

Like Chase, Ramirez has voiced concern about alleged fraud in the 2020 presidential election, although she acknowledges Joe Biden as president. Chase is calling for a forensic audit of the election results in Virginia, which Biden won by 10 percentage points.

“I have fought for our freedoms around the world, and I am committed to securing them here at home so my daughter grows up in an America that reflects our values,” she said.

Ramirez is a Powhatan native whose parents were second-generation immigrants from Mexico and what was then Czechoslovakia. She lives in Chesterfield with her daughter, Abigail, and is a former public school teacher who blames Democrats for the shuttering of schools during part of the COVID-19 pandemic.

“I’m running because I care about the commonwealth and because I am committed to serving my neighbors and their interests,” she said.