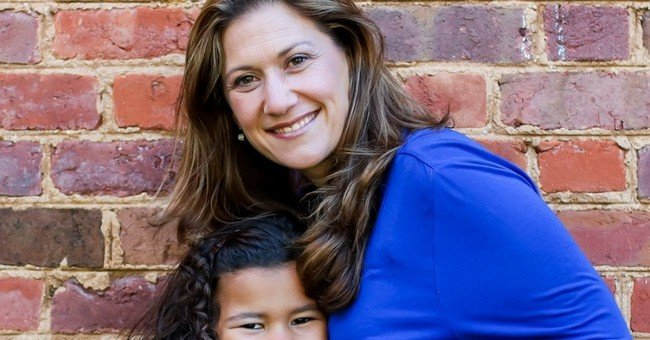 In the U.S. House of Representatives, Republicans are only a few seats away from gaining the majority. One closely watched race that could help flip the House would be a win in Virginia’s 7th district, currently represented by Rep. Abigail Spanberger (D-VA). Tina Ramirez, a mom and small business owner who also runs a human rights organization, thinks she has what it takes.

Ramirez, who announced her candidacy less than a month ago, is part of a record amount number of Republican women who are running for House seats. A piece highlighting this historic number happened to coincide with Ramirez’s campaign announcement from July 1.

Fox News covered Ramirez’s entry into the race and was referenced in Rep. Spanberger’s fundraising email.

In an interview with Townhall, she shared that “across the country, especially in these tough districts, GOP women are really a formidable force.” Ramirez pointed out “we’ve seen that in my own district,” citing her role as a single mom and a small business owner. She runs an international organization called Hard Wired and is the Virginia Chair of Maggie’s List. “The issues that have affected us in the past year,” she offered, “have been motivating a lot of women to get involved in politics in a way we really haven’t seen in a long time.”

Ramirez has herself written about GOP women, in an op-ed for The Washington Times, “GOP women show their strength. It’s time to stand with them.”

Speaking on a personal level, Ramirez shared that she entered the race because “I don’t see that this country is headed in the right direction, or that it’s really going in the direction that I want my daughter to grow up in.” She listed “progressive liberal policies… which motivates me every day to fight” such as concerns over freedom of speech, freedom of conscience, being able to attend religious services, business closures, social media posts being canceled, and “indoctrin[rating]” children at school.

Ramirez would later refer to “what’s happening in our schools” as “the most glaring example of the disaster of progressive liberal policies.”

Concerns with the influence of the teacher’s unions when it comes to schools reopening, K-12 mask mandates, and the role of Critical Race Theory (CRT), is occurring on a national level.

They’re especially pertinent in the 7th district though. Rep. Spanberger raked in the most amount of money from teacher’s unions of any House member. According to OpenSecrets.org, she took in $27,641, followed by Rep. Pramila Jayapal (D-WA), with $25,175. All top 20 House members are Democrats.

Spanberger’s donation amount also places her in the Top 20 in other recipient categories when it comes to this industry. For example, she is the 8th highest member of Congress, the third-highest House candidate, and the 15th highest of all recipients.

Ramirez said Spanberger “stands behind the groups that are preventing us from having our school choice, whether it’s private or public, and are literally indoctrinating our kids and shoving Critical Race Theory down our throats.”

When it comes to experiencing issues with school closures, Ramirez put her 6-year old daughter into a private school, even though she thought the district would be “great for her to go to school in. “Ramirez was firmly against forcing her daughter to learn via remote learning, though, especially since she is a single, working mom.

She called it “unconscionable that people we have elected to serve us did not have our best interests in mind.” Ramirez also framed it as how “my school choice was taken away from me,” since she had to “scramble” to ensure her daughter had an education, though she also pointed out “that was the position a lot of women were put in last year.”

Ramirez went on to discuss CRT as an “insult to injury” when it comes to “being forced to sit by and watch as they were indoctrinating children in our public schools.”

The concerns with such “indoctrinating” are also personal for Ramirez, whose daughter is biracial. Ramirez is Hispanic and her daughter’s father is from Africa. She already has “global conversations about race” with her daughter, Ramirez shared, and so “these conversations are so much harder when the public conversation… has become about public indoctrination” so that Ramirez is considered “an oppressor,” which Ramirez called “deeply disturbing.”

This is not unique to Ramirez’s family. Other biracial families have also rejected CRT.

Ramirez cites such personal reasons as to why she has been fighting against equity policies and CRT across Virginia, calling them “racist, discriminatory, and they are teaching our children to hate their parents, to be divisive in their own families” and as “a way to divide our families and our communities.”

Critical Race Theory has been at the center of the Virginia gubernatorial race as well. Republican nominee Glenn Youngkin assuring voters he would ban CRT from being taught in the commonwealth, as he has been promising since the primary. His opponent, Democrat Terry McAuliffe, has meanwhile called it a “right-wing conspiracy,” while also accepting donations and endorsements from teacher’s unions. Ramirez shared she is involved with the Youngkin campaign.

In her hometown of Powhatan, they have removed themselves from the Virginia Inquiry Collaborative training teachers to teach CRT, Ramirez shared the board of supervisors and school board there since it was so “divisive” and the “uproar,” which came from African American families as well.

Readers may remember Spanberger for her passionate tone during a November 5 Democratic House members call in which she used profanities to express her concerns.

“If we run this race again we will get f*cking torn apart again in 2022,” Cortney reported her also saying. She also raised objections about rhetoric to do with defunding the police.

Rep. Spanberger was elected to her second term in 2020, beating State Del. Nick Freitas with 50.8 percent to Freitas’ 49.0 percent. She won the seat in 2018 with 50.4 percent after defeating the incumbent, Republican Dave Brat, who received 48.4 percent of the vote.