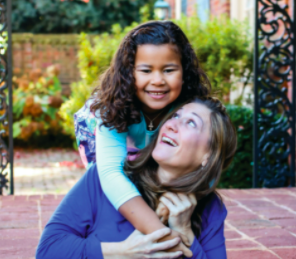 Virginia state senate candidate Tina Ramirez, a Republican, condemned a liberal journalist who called Child Protective Services on her over a tweet celebrating Columbus Day in an exclusive statement to Fox News Digital.

“I teach my daughter real American history. I refuse to join the radical left’s campaign to erase history,” Ramirez tweeted. Responding, Leavitt shot back, “Why are you celebrating torture, rape, murder, and enslavement?” He then encouraged his more than 300,000 followers, “Can someone please call child care services on Tina Ramirez who’s teaching her child to be a racist?”

“This so-called ‘journalist’ obviously doesn’t understand who he picked a fight with. I’m a mother, first and foremost, and my Mama Bear instincts kick in when it comes to defending my daughter and how she is raised,” Ramirez said in a statement to Fox News Digital. “I also stand up to tyrants around the world in defense of human rights, liberties, and dignity as my day job. So, I won’t be bullied or silenced by some unhinged leftist trying to censor strong conservatives with the same tactics we see dictators use around the world.

“While he is busy wasting valuable life-saving resources (in this case Child Protective Services and the police in his Target incident), I’m going to continue standing for the values and freedoms that made this country great,” she added.

In the thread — which remains on Twitter at the time of this report — Leavitt said he personally called Child Protective Services himself, complaining of the high call volumes.

“The Virginia State hotline for child abuse has a 43+ minute hold and is experiencing ‘high call volumes’ with 14 callers ahead of me,” Leavitt wrote. “This is unacceptable. How many people try to report child abuse and hang up? How many children will continue to be abused?”

“Mighty bold and liberal of you to lecture a Hispanic mother with a black daughter on racism,” Ramirez responded to one of the tweets. But Leavitt didn’t let up, writing, “The lady who’s teaching her kids how to be racist thinks I’m “bold.” Does she know I’m [on] hold to report her to child and family services?”

In an appearance on Jesse Waters Primetime on Tuesday, Ramirez said she has spoken with Virginia Attorney General Jason Miyares’ Office and has been assured nothing will come of the false complaints made to Child Protective Services and that the Republican will defend “parents’ rights.”

Fox News Digital reached out to Leavitt for comment.